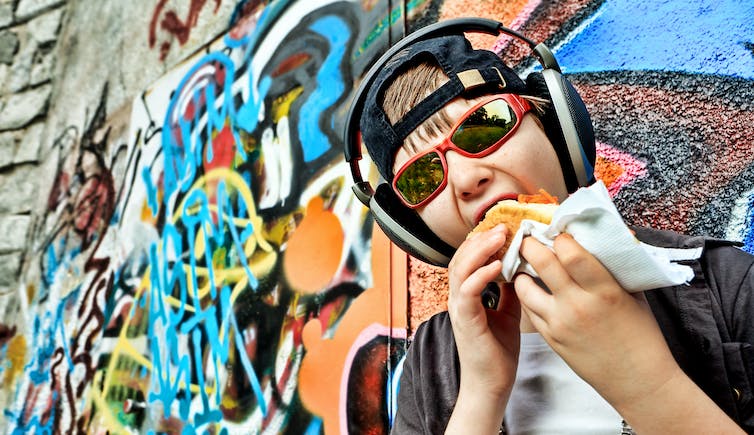 The teenage brain has a voracious drive for reward, diminished behavioural control and a susceptibility to be shaped by experience. This often manifests as a reduced ability to resist high-calorie junk foods.
(Shutterstock)
Amy Reichelt, Western University

Obesity is increasing worldwide, especially among children and teenagers. More than 150 million children in the world are obese in 2019. These children have increased risk of heart disease, cancers and Type 2 diabetes.

Teenagers with obesity are likely to remain obese as adults. If these trends continue, 70 per cent of adults aged 40 years could be either overweight or obese by 2040.

I am a neuroscientist and my research investigates how diet changes the brain. I want to understand how unhealthy diets impact the developing brain, and also why young people today are so prone to developing obesity.

Adolescents are the greatest consumers of calorie-rich “junk” foods. During puberty, many children have an insatiable appetite as rapid growth requires lots of energy. Heightened metabolism and growth spurts can protect against obesity, to an extent. But excessively eating high-calorie junk foods and increasingly sedentary lifestyles can outweigh any metabolic protection.

The teenage brain is vulnerable

The teenage years are a key window of brain development. Adolescence coincides with a new-found social autonomy and the independence to make personal food choices.

Read more:
Your brain on sugar: What the science actually says


During adolescence, connections between different brain regions and individual neurons are also being refined and strengthened. The adolescent brain is malleable because of increased levels of “neuroplasticity.”

This means the brain is highly receptive to being shaped and rewired by the environment — including diet. In turn, these changes can become hardwired when development is complete. So the adolescent brain is vulnerable to diet-induced changes, but these changes may endure through life.

Neuroscientists use functional brain imaging to examine how the brain responds to specific events. Brain scans show that the prefrontal cortex — a key brain area for behavioural control and decision-making — doesn’t fully mature until the early 20s. 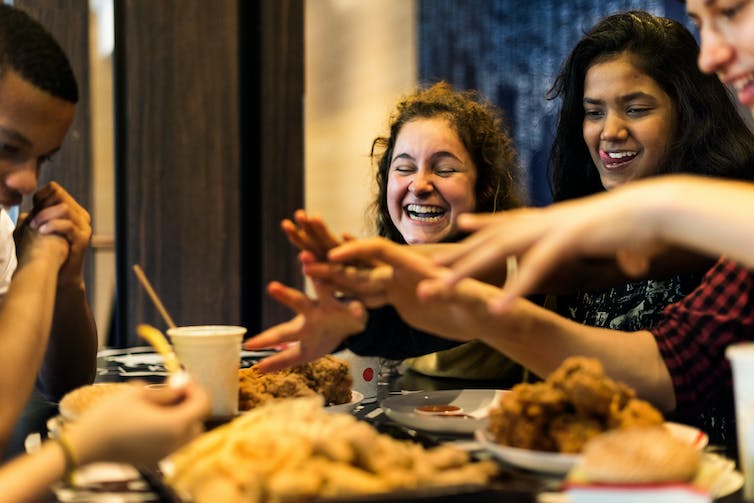 Feelings of reward after eating food can be exaggerated due to increased numbers of dopamine receptors in the teenage brain.
(Shutterstock)
The prefrontal cortex controls and overrides urges triggered by events in the environment. Resisting eating a whole bag of candy or buying cheap junk foods can be particularly difficult for teenagers.

In contrast to the immature prefrontal cortex, the brain’s reward system — the mesocorticolimbic dopamine system — is fully developed at a much earlier age.

Teenagers are particularly drawn to rewards, including sweet and calorie-dense foods. This is due to increased numbers of dopamine receptors in the adolescent brain, so the feeling of reward can be exaggerated. Frequent stimulation of the reward system results in enduring brain adaptations.

During adolescence, these changes may cause long-lasting shifts to the balance of brain chemicals.

Taken together, the teenage brain has a voracious drive for reward, diminished behavioural control and a susceptibility to be shaped by experience.

This manifests as a reduced ability to resist rewarding behaviours. So it’s not surprising that teenagers prefer to eat foods that are easy to obtain and immediately gratifying, even in the face of health advice to the contrary. But what are the enduring brain consequences?

Interestingly, lower activity is seen in regions of the prefrontal cortex. This shows that obesity can both heighten activation of the reward system and reduce brain activity in centres that can override the desire to eat. 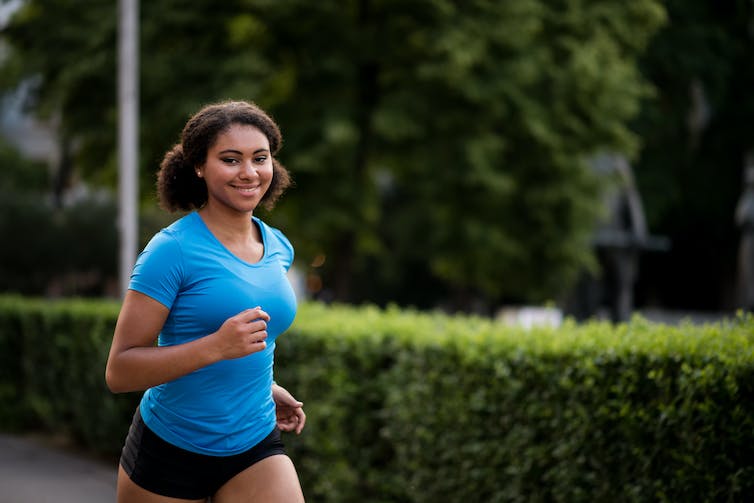 Excessively eating junk foods during adolescence could alter brain development, leading to lasting poor diet habits. But, like a muscle, the brain can be exercised to improve willpower.

Increased brain plasticity during adolescence means the young mind may be more receptive to lifestyle changes. Physical exercise boosts brain plasticity, helping to set in place new healthy habits. Identifying how the brain is changed by obesity provides opportunities to identify and intervene.

Even more, TMS could be a new treatment approach to improve re-calibration of the young brain to prevent enduring changes into adulthood.

[Deep knowledge, daily. Sign up for The Conversation’s newsletter.]